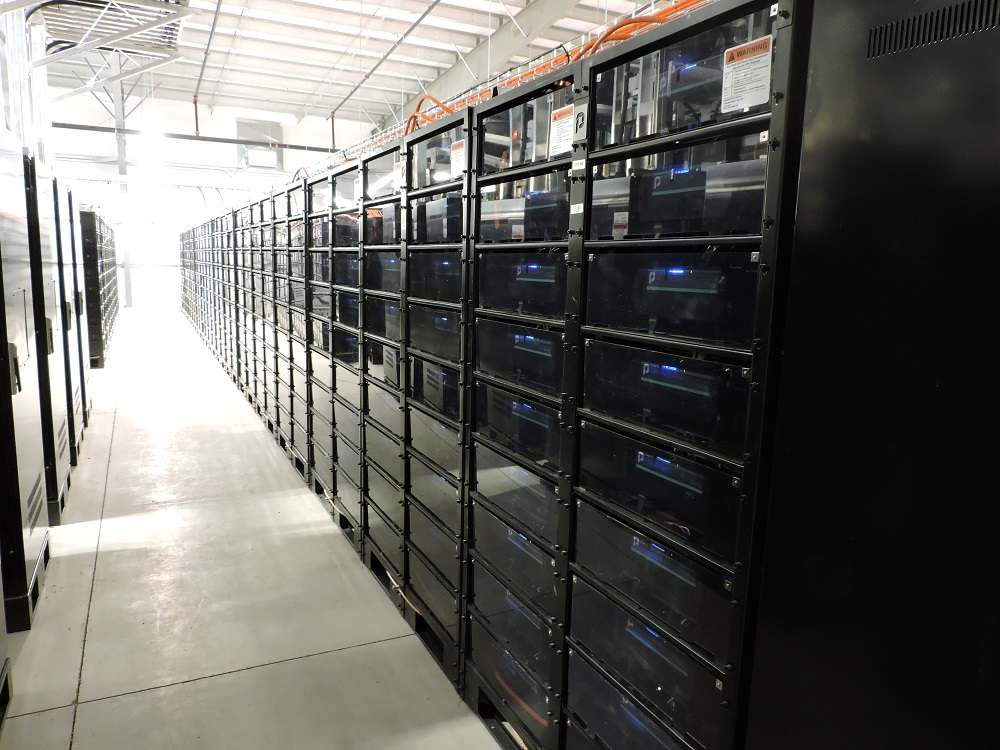 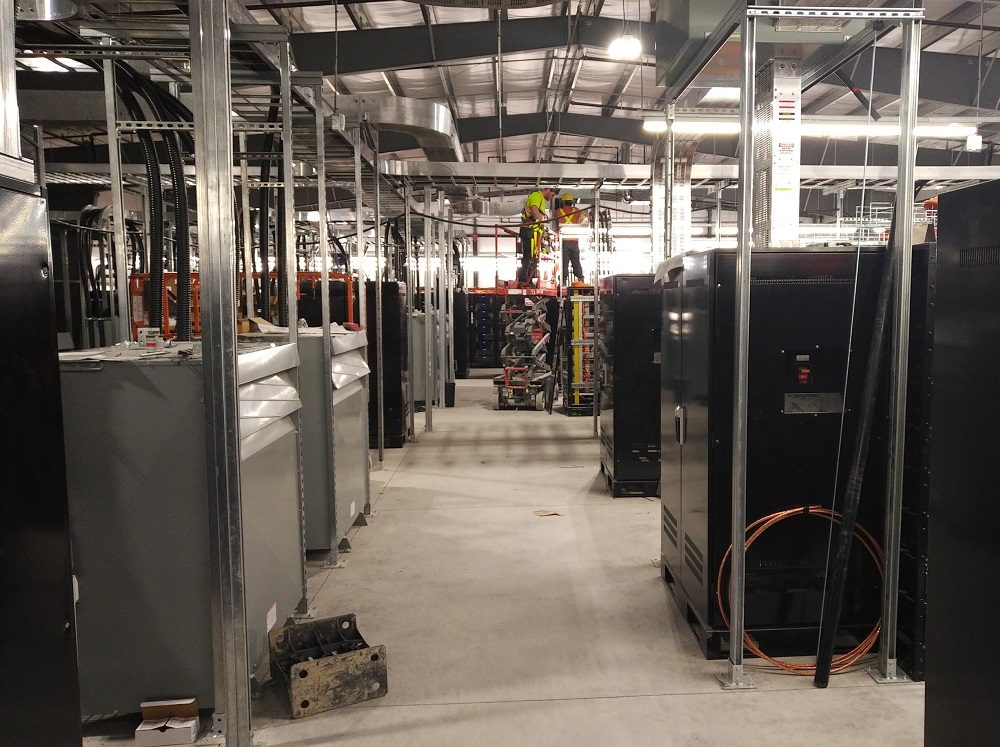 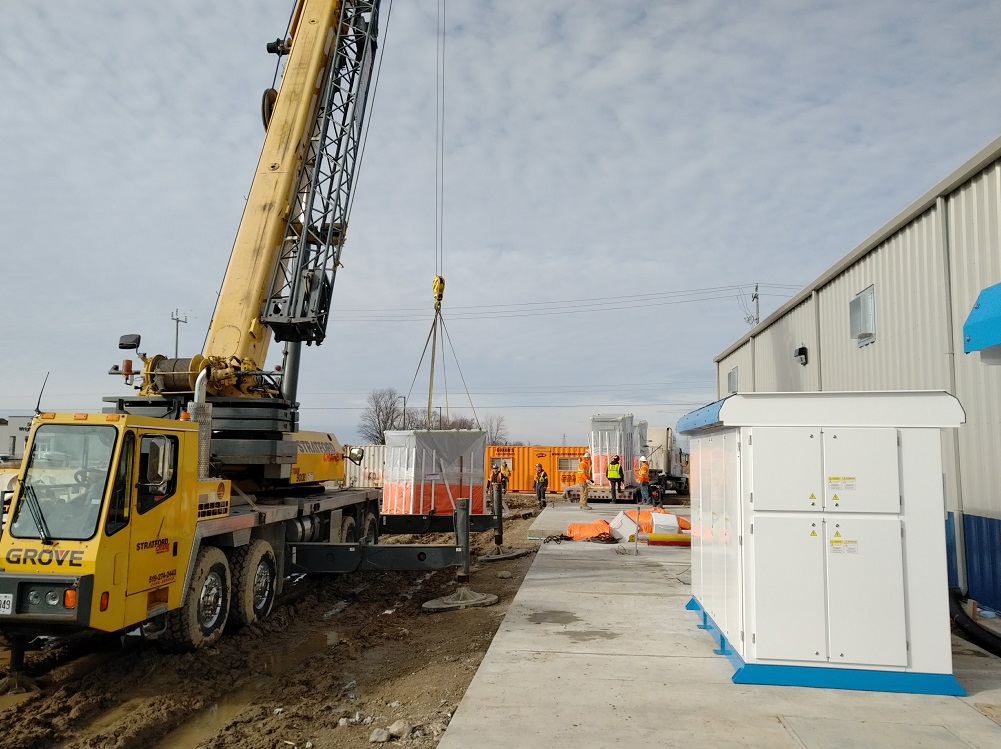 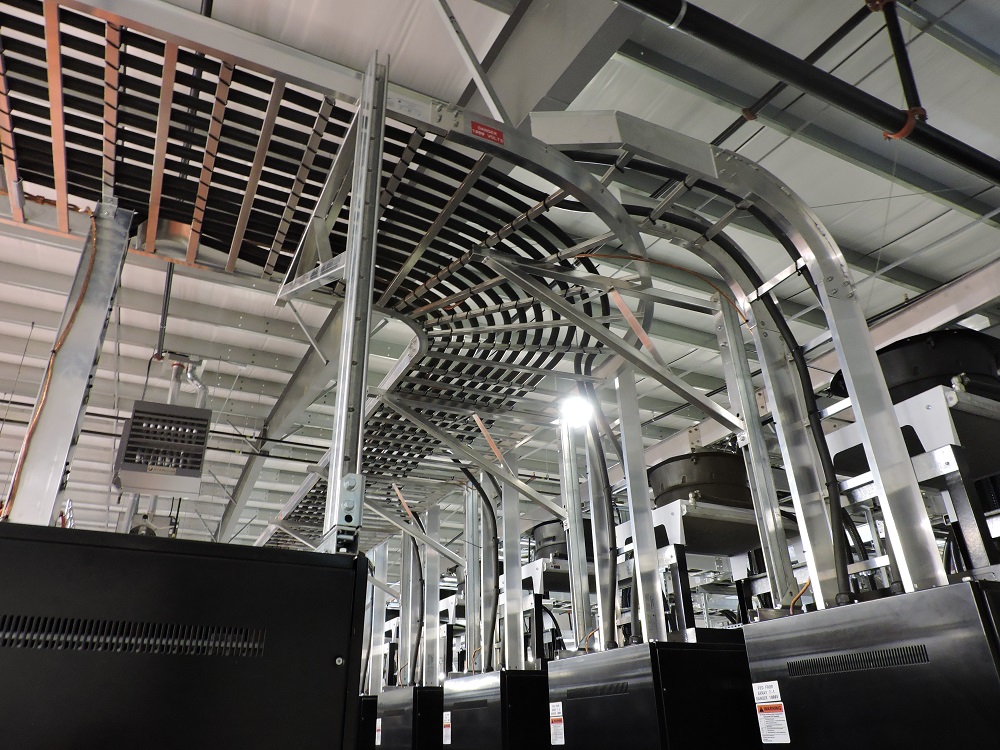 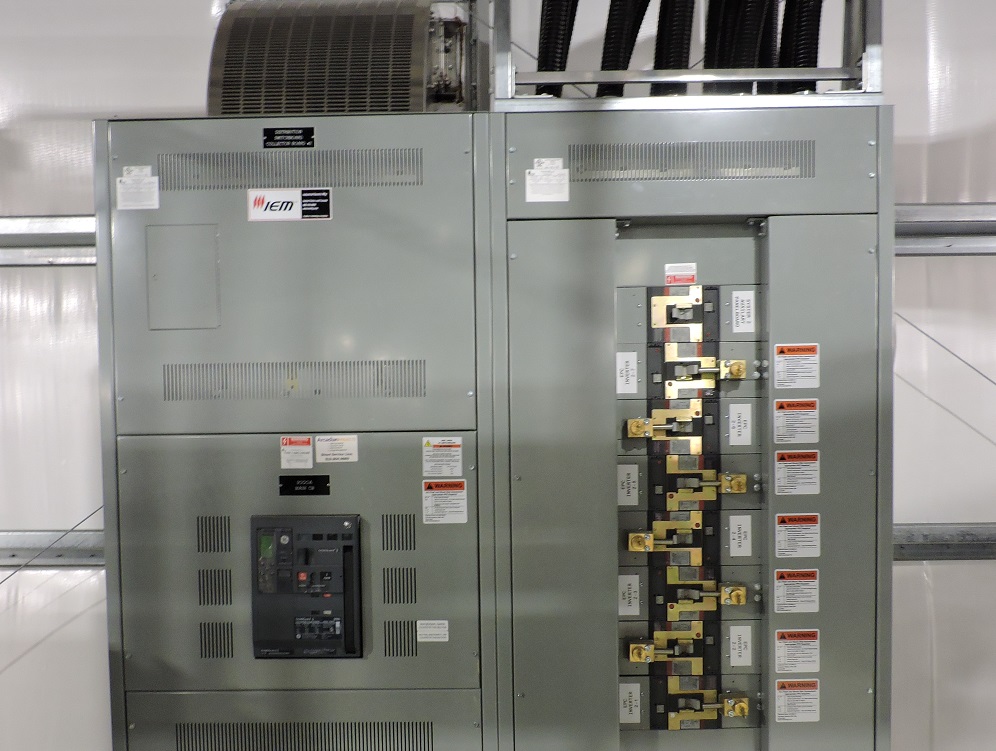 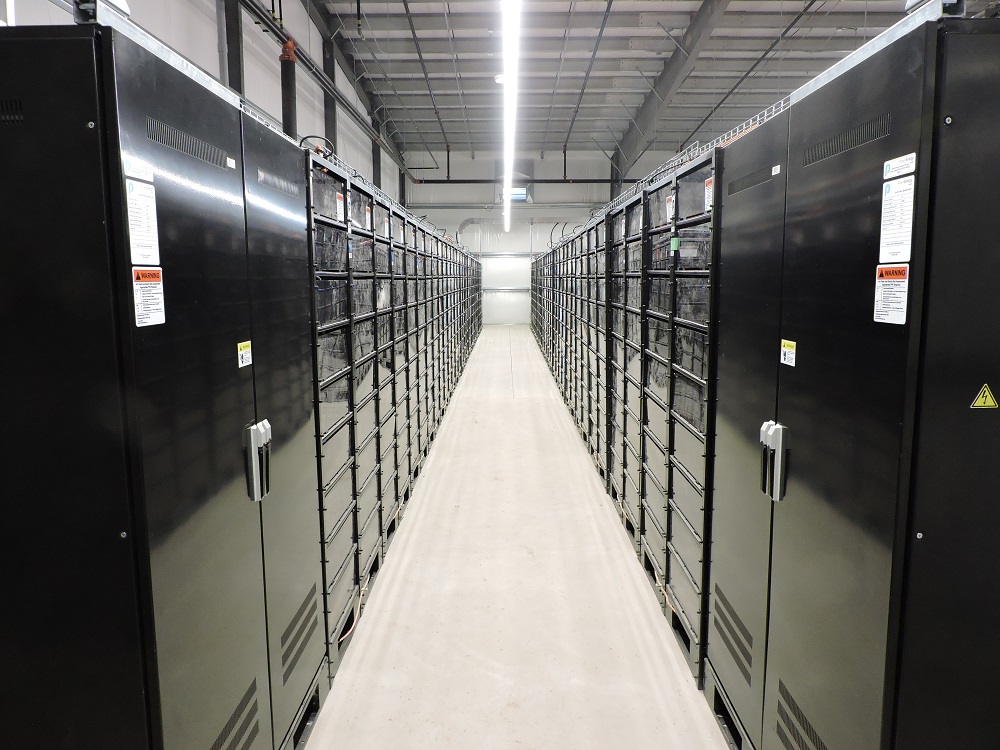 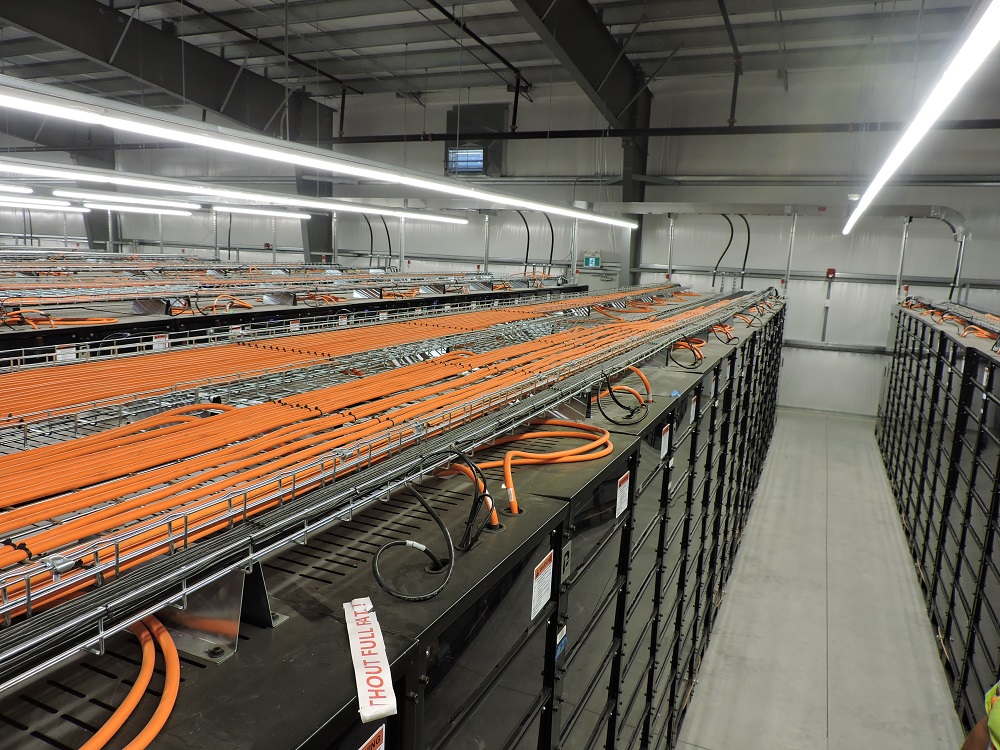 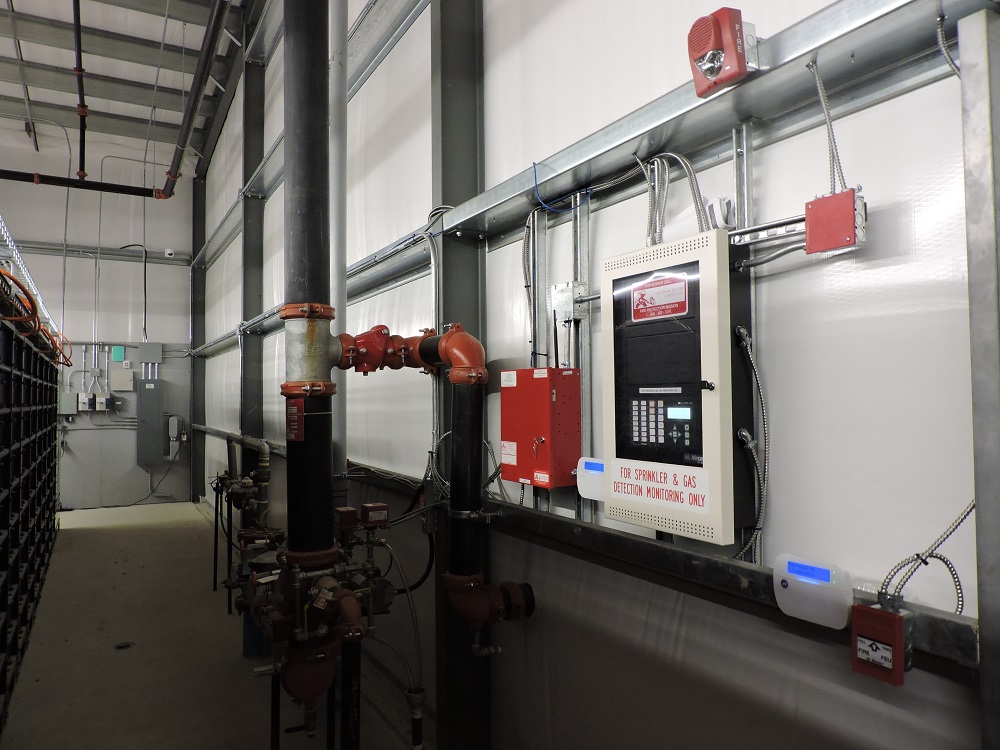 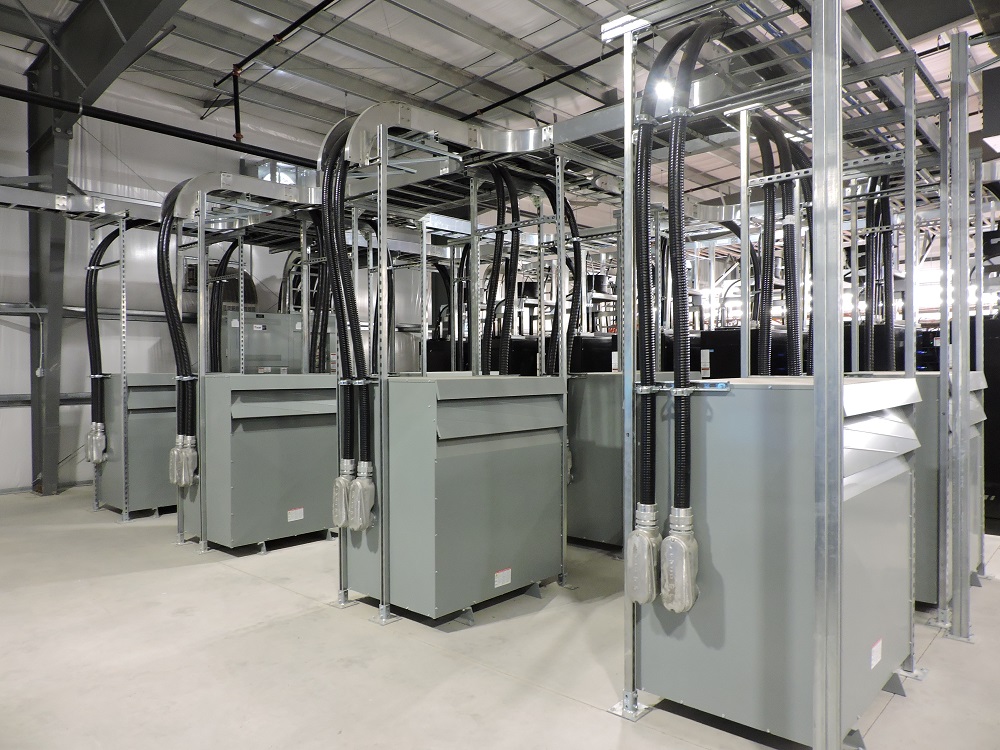 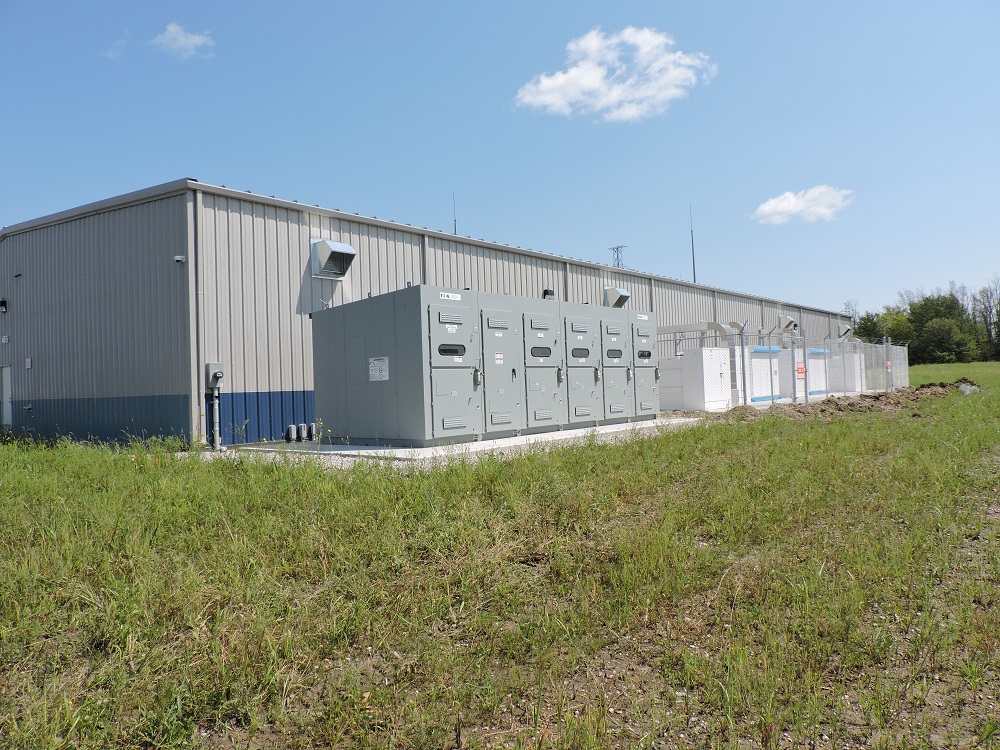 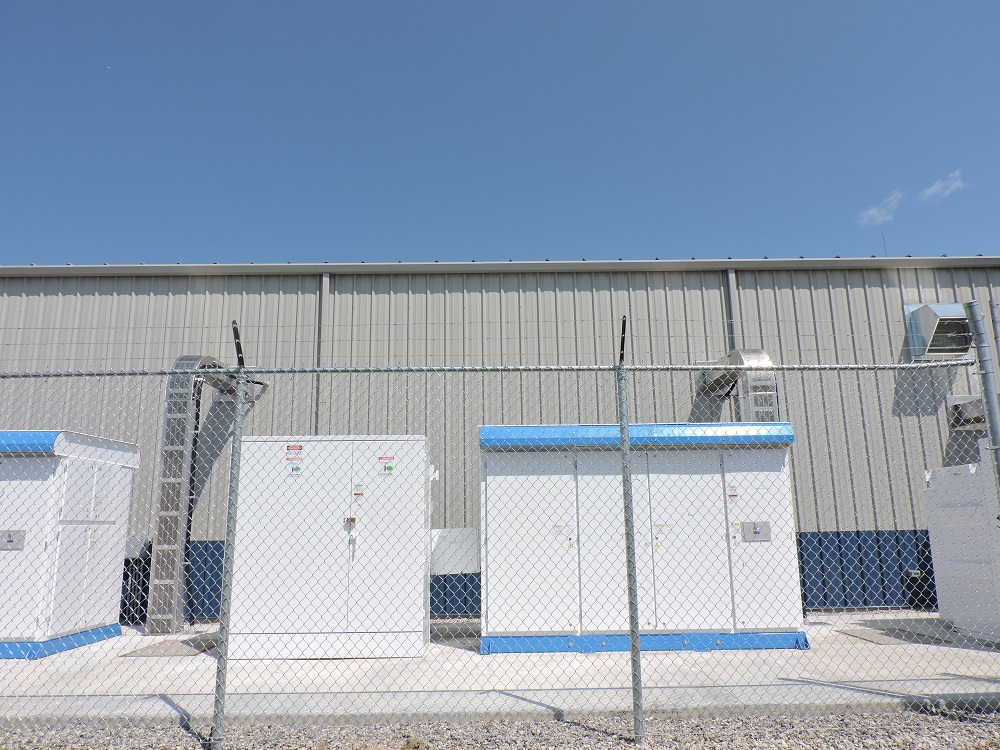 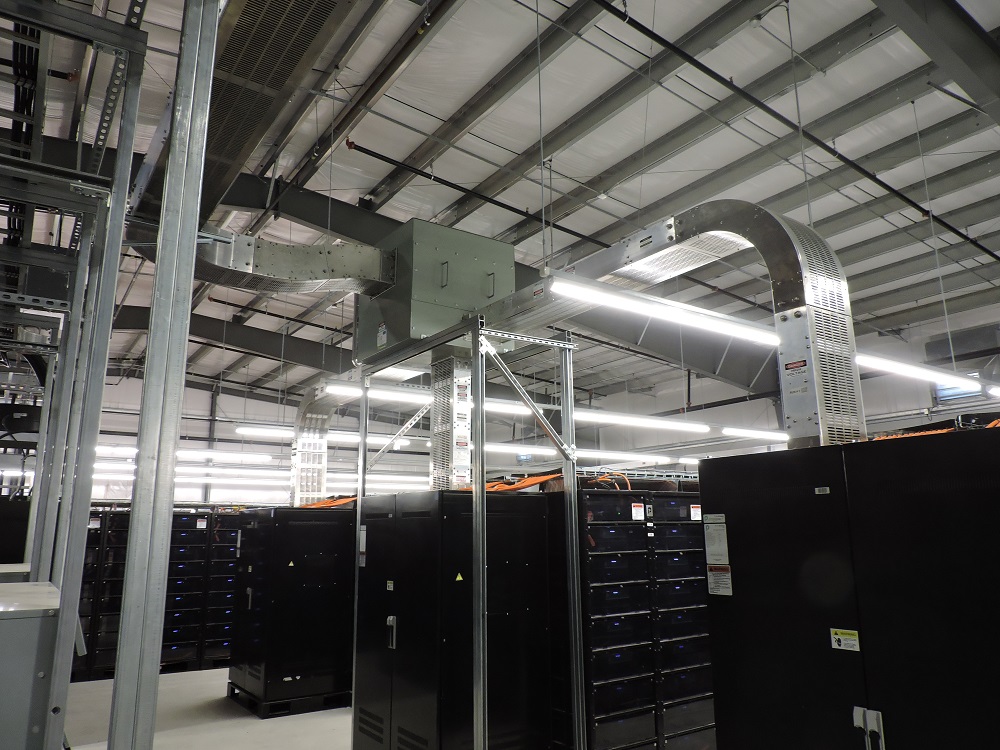 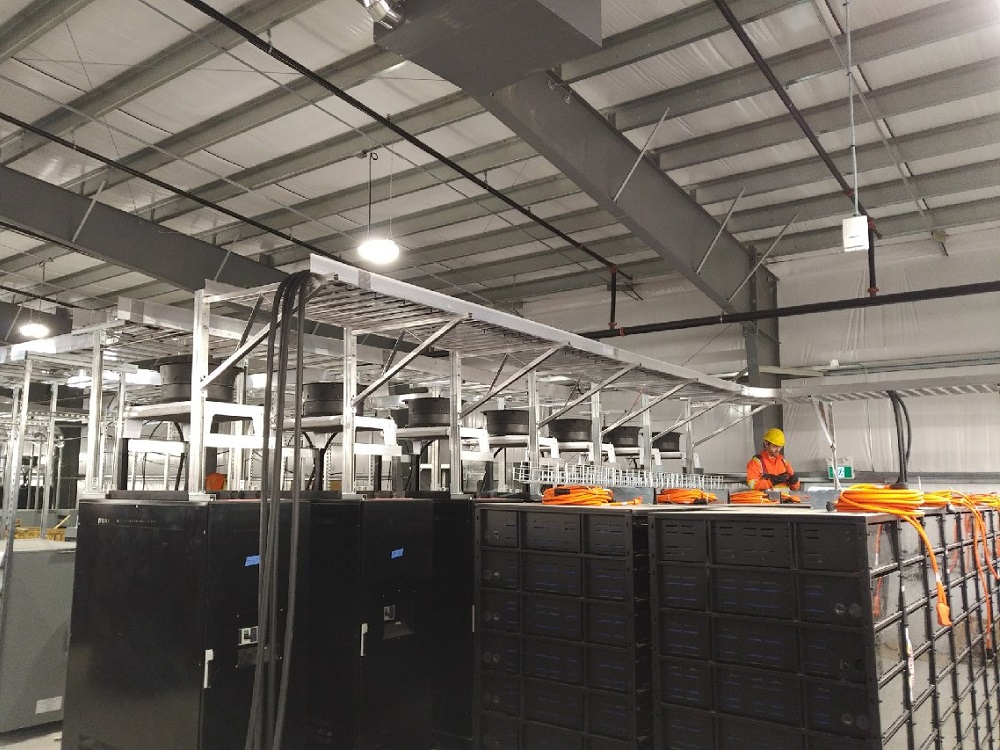 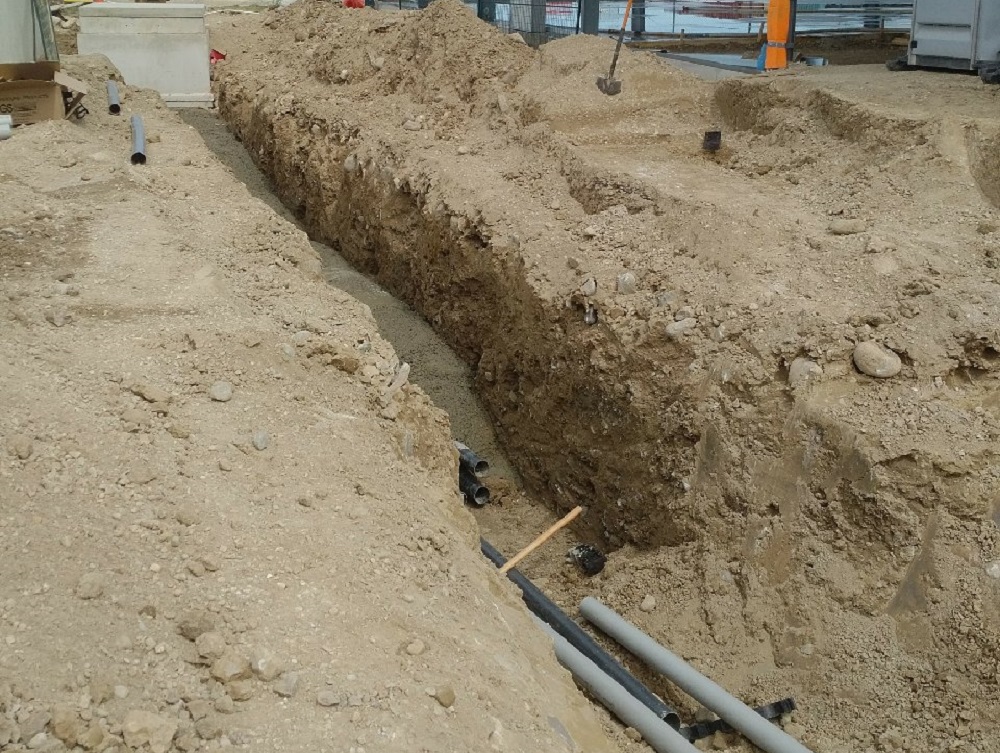 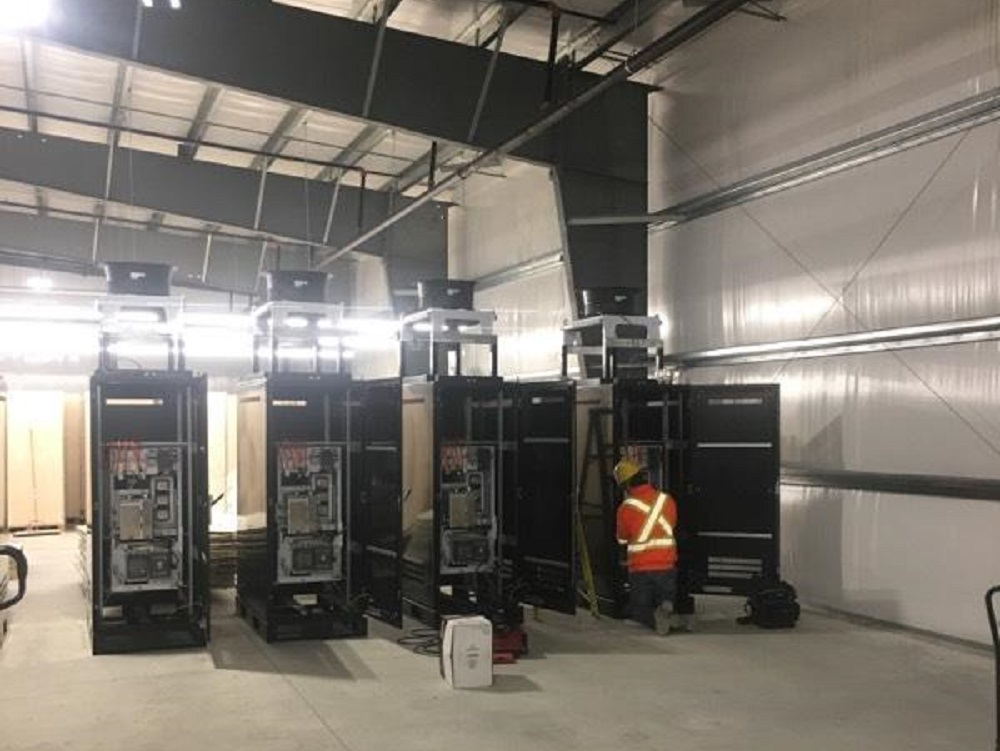 In June 2017, Festival Hydro announced its plans to partner with Hecate Energy & Powin Energy to build Canada’s largest energy storage system. Utilizing Saturn Power and Ellis Don as the engineer and constructor, it is one of many of the IESO’s long-term energy plan initiatives.

The purpose of the project is to store energy during non-peak times to be utilized during high-peak demand times to reduce demand on the Festival Hydro grid during system peak hours, reduce infrastructure, balance load, and voltage stability.

The project scope included both the building construction and installation of the proprietary Powin Energy Stack140 energy storage system. The battery system is comprised of four lithium-ion battery cell arrays, two with 2-megawatt capacity, and two with 2.4-megawatt capacity for an overall storage capacity of 8.8-megawatts, equalling 40.8-megawatt hours installation. The required arranged over 300 battery racks with thirteen batteries on each rack.

Arcadian Projects, a multi-trade energy contractor was the successful proponent to provide all electrical services for the Stratford battery build.

Their role began early on by providing electrical services to the base building construction to prepare for the energy storage system installation. Arcadian worked closely with the customer, the design team, and the Electrical Safety Authority (ESA) to ensure successful system integration and installation, and all electrical codes were met to guarantee code satisfaction and final commissioning.

The electrical scope of work completed by Arcadian included:

During final stages of the project, Arcadian worked closely with Powin Energy on the project commission and testing. The project began successfully running February 15th, 2018.

Canada’s largest battery energy storage facility (BESS) could not have been built without Arcadian’s expertise and on-the-fly problem-solving. Their knowledge of local codes, deep electrical theory comprehension, and, not least, their dependability and endurance through tough challenges made the Stratford BESS project a huge success. I highly recommend these hard-working professionals when high-quality work is required at competitive rates. I’m keeping them on speed dial for all future Ontario projects.